A few days ago we announced that Contabo has been ranked the sixth fastest growing technology company in Germany at the Deloitte Technology Fast 50 award.

Today, we proudly present our 94th rank on the Deloitte Technology Fast 500 EMEA 2014, a ranking of the 500 fastest growing technology companies in EMEA. Rankings are based on percentage revenue growth over five years. As you already know, Contabo grew 1624 percent during this period.

We would like to say thank you for being honored again by Deloitte. 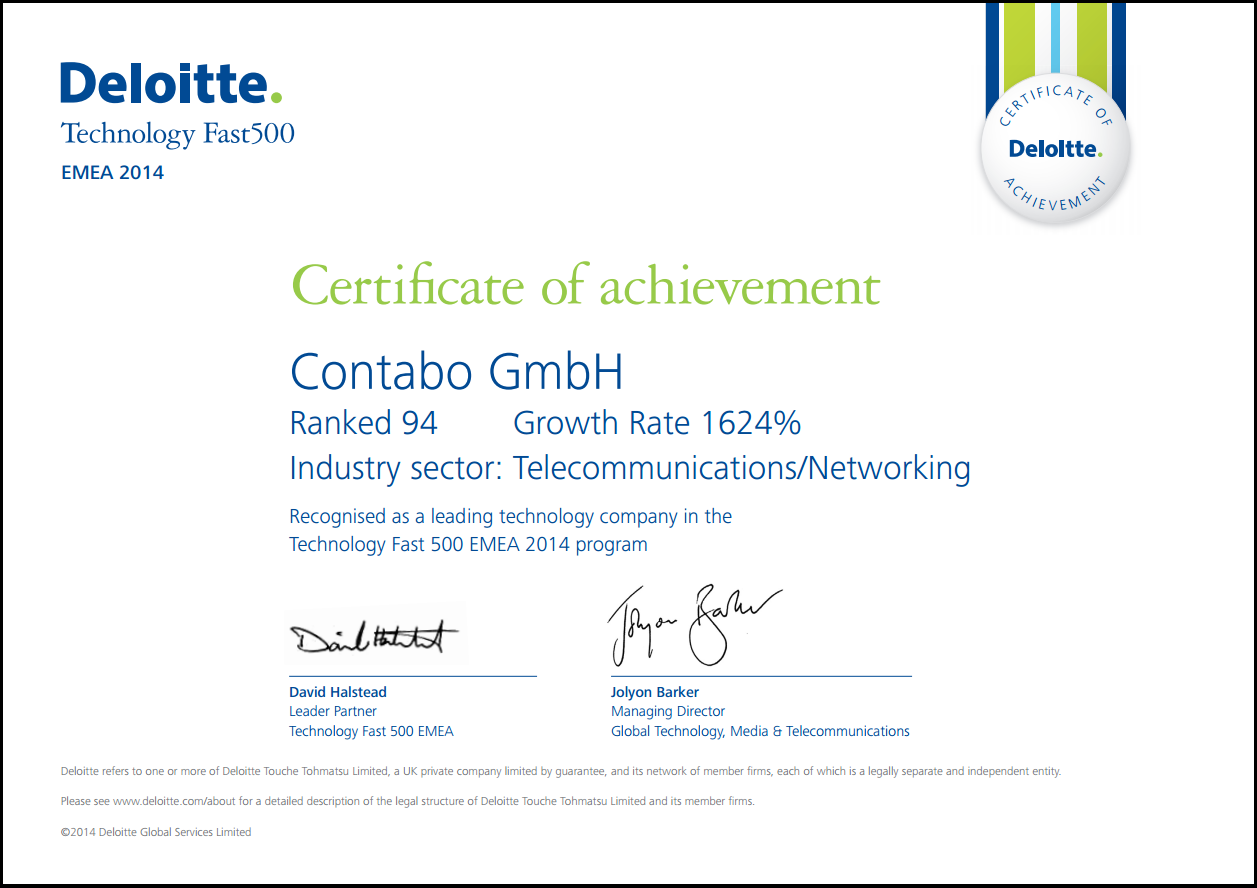