The computer world is divided into two great camps – the Windows users on the one hand and the Linux community on the other hand. And these two camps fight against each other almost like in a religious war. And of course, each of the two are right when they promote their system as the better one.

Again and again the question arises: Windows or Linux? Which one is better? What offers Linux, that Windows does not offer? Or: Can Linux offer the convenience, that Windows offers me? Lots and lots of questions which our support team is confronted with each day. 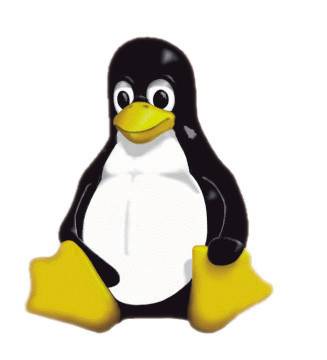 Linux:
• Free operating system: The use of Linux is free. For private users, Linux is – from a cost perspective – a much cheaper solution because many distributions can be downloaded from the Internet. Additional licensing costs can be prevented therefore.
• Safety: Because of the public source code of Linux any security gaps can be fixed and closed easily.
• Linux is a joint project: The huge number of programmers who are actively working on Linux ensures a faster finding and fixing of bugs („hundreds of eyes are better than one“). Through a variety of users as well as support from major corporations such as IBM the development and improvement can be driven forward.
• Software: Everything we know from Windows/ Microsoft is available for Linux now aswell.
• Linux is vendor independent: This is a very big advantage of Linux in contrast to Windows. If the chosen distribution does not offer the desired features the range of alternatives is very large and can be changed.
In contrast, when Microsoft decides to stop supporting a particular version of Windows, you are mostly forced to go for the paid upgrade.

But now let’s move on to the benefits of Windows.

Windows:
• Windows can do almost everything and is very beginner-friendly. There is hardly larger user knowledge needed and things can be easily realised. There is almost no program that does not work easily on Windows.
• Software selection: There is a wide range of software available for Windows systems. Many applications are available on the Web for free, some applications only cost a small license fee, as long as they are only used privately.
• Sophisticated hardware detection
• Excellent OS for gamers
• Very good software and hardware support
• Due to the higher diffusion more users are more confident in working with Windows systems
• Price: If you believe to the marketing slogans of Microsoft Windows computers are inherently very frugal, cost-effective and therefore very economical – especially in difficult times this is a plus for companies and for private users aswell.

I hope I have listed most of the important benefits of both operating systems. Or do you guys know further advantages? I’m looking forward to your comments and further listings.

At the end I wana show you to funny videos that deal with that issue in another way:

Round 1
Tux in the ring

Round 2
Killer Tux ( Linux vs Windows )