🚨 Never share Contabo login credentials with anyone and ensure to be on my.contabo.com when entering the Control Panel.

Get more background on Contabo's history and our principles

Since founding in 2003 Contabo is committed to provide German quality with global availability. We focus on the stability of our Data Centers, rigorous internal processes and the high standards of customer support.

While everyone brags about their prices, we actually deliver on this promise. For example whenever choosing hardware we not only look at the raw performance, but also on the purchase price in relation to performance and power consumption. Read more about how we keep our prices low.

In Contabo we believe that every customer deservers a Premium Support Experience no matter they spend thousands or just €3.99 a month. That's why we've set rigorous quality standards for our support team making sure that your experience is as good as possible. The great reviews we get only makes us work harder.

Contabo GmbH has been established in spring of 2003 in the city of Munich, capital of Bavaria, in southern Germany. Giga-International - as it was know at that time - has been steadily growing from just one single server in the data center to more than 10,000 servers today. Let's take a closer look how this happen.

In 2009 we established a new state-of-art data center in Munich with space for more than 4,000 servers. Our offices were also located on-site in order to ensure quick reaction time from our support team 365 days a year (including holidays and weekends).

At the beginning of 2013, we changed our company name from aforementioned "Giga-International" to "Contabo". At this point we also started to go beyond the traditional German market and offer our hosting services internationally.

In order to meet the increasing demand for our VPS and Dedicated Servers, we have launched our second data center in Nuremberg in 2014. This new data center is capable of hosting 10.000 servers on 1.700 m² data center floor. Together with a new data center, a new office has been opened on-site to maintain quick reaction times.

Fast forward to 2020 when we opened our first data center outside Europe. With opening of data center in St. Louis, Missouri, for the very first time we offered better latency for our customers not only in United States, but also in North & South America in general.

No matter almost 20 years has passed since the beginning and we have grown from 2 people to a team of 100+ employees, we are still following the same founding principles of maintaining Germany quality of both server infrastructure and support team while offering incredible prices. 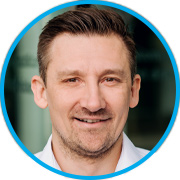 Executive, Entrepreneur and Investor with 20+ years experience in Cloud and Hosting Industry. Thomas has strong track record in M&A in cooperation with PE. In between building successful companies he enjoys working with wood and barbecuing. 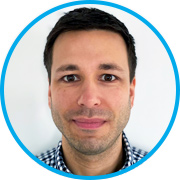 EY-trained German CPA and Tax Advisor with 14 years track record in accounting, tax and reporting. Technology finance professional with hands-on experience in managing hosting and cloud companies. When not working with spreadsheets he takes part in obstacle racing. 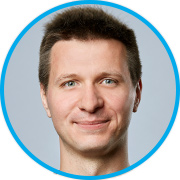 Executive and Serial Entrepreneur with Silicon Valley background. Alex has 10+ years of experience in SaaS industry. He worked with 20+ hosting and cloud providers in EU, US and India. After hours he switches to growing virtual empires in video games.

At Contabo we always carefully check not only the relation between purchase price and the performance offered (CPU Performance per EUR), but we also look at the energy efficiency (CPU Performance per Watt) and durability of each hardware component. This way we can be sure that purchased hardware will be long-lasting and inexpensive to operate which translates directly into our ability to offer low prices.

Our prices are low prices because of the effects of scale. Of course companies like AWS are bigger than us, but unlike most of our competitors we have a fully unified hardware platform in all Data Centers around the world. Thanks to that we not only get better discounts on purchase prices (which we then can pass on to our customers), but we also save money & time on maintenance.

We use proprietary optimization scripts to manage load on our servers. This way we are able to offer stable performance for all our customers at great price point. Also our logistics and warehouse management are optimized to reduce waste and thus give us space to offer even better prices.

Germans are known for looking at every euro twice before spending it. And we are no different. We don't invest in premium office locations or expensive company cars. Even our CEO shares the room with 3 other people. Thanks to this lean approach, even with our low prices, we are profitable.

HostAdvice is constantly monitoring the uptime of our services and as a recognitions for our efforts to keep a perfect uptime, has awarded Contabo with "Great Uptime" badge.

In 2020 Contabo has been recognized by Chip as the winner when it comes to the waiting time among all participating hosting companies.

In 2019 Contabo again was recognized in the annual Chip Hotline Test. Among 15 participating server and hosting providers, Contabo finished second just 0.1 point behind the winner!

Not only experts, but also thousands of users around the world vote for Contabo with their feet by migrating here and recommending us to friends and business partners.

Contabo EU1 Data Center convinced the jury of independent data center experts and won the first prize when it comes to the increase of energy efficiency.

We won 2018 Hotline Test, conducted by the IT magazine Chip. The support teams of 14 hosting providers were thoroughly tested and ranked in the categories waiting time, reachability, transparency and general service and we are excited to come on top of the ranking.

Contabo EU2 Data Center in Nuremberg was unmatched according to the panel of independent data center experts was recognized as the best when it comes to the energy efficiency.

Once again, Contabo finishes first in the comprehensive CHIP Hotline Test, namely in the category "Waiting Time". Among all tested hosting providers, no one but Contabo could be reached quicker via telephone, resulting in the shortest waiting time and winning in that category!

As part of the CHIP Hotline Test 2015 Contabo emerged as the winner in the category "Speed" among several tested hosting providers from Germany. No other server provider but Contabo was available at so many different times during day and night and was able to offer such a fast reaction time.

Year after year we are subject to a rigorous review from HostAdvice regarding our Customer Support and each year we manage to keep the badge for excellent customer service.

The first pillar of our approach is maintaining strict access rules, to make sure that no one unauthorized has access to our Data Centers. This includes constant CCTV monitoring and access control based on magnetic cards.

We believe that sticking to our processes at all times gives the highest guarantee of maintaining high security for our Customers. We can't talk about the details of our security precautions but, as one of Contabo co-founders put it: "We are obsessed with security".

Our approach to security would not be complete without getting our Customers involved. That is why, we are insisting on using 2 Factor Authentication and we require you to authorize every person contacting us from a new email regarding your customer account. 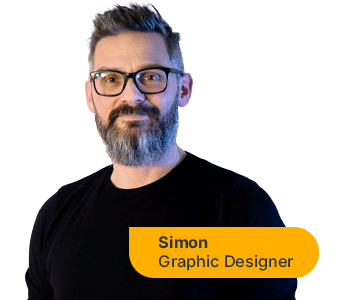